Today you’re finally going to hear all about two of the most special nights of my entire life – the two evenings/nights I got to see the one and only Edward Christopher Sheeran, my Ed, live. And yes, they were quite something and no, I’ll never forget them, ever.

So, first of all, I need to say that Ed is seriously talented af and I still can’t believe that this really happened and that he’s a real human being. I mean, how can so much talent be trapped in such a small bean. That’s like so damn crazy. I was so in awe while watching him jump around the stage and sing and just to do his thing. And work with his guitar and his loop pedal. I mean, it’s so crazy that he literally produces the whole song live, right there in front of you, just with his voice, guitar and loop. So yes, the shows were freaking amazing. I sang and danced and laughed and cried and seriously had the best time of my life. I enjoyed every second to its fullest.

Ed of course played all the hits, beginning the shows with Castle On The Hill, making everyone cry with Happier, making everyone dance with Sing and probably making everyone look pretty baffled with You Need Me I Don’t Need You, which he played last and which is still one of his coolest songs ever. That guy can rap, oh yes, he can. But apart from all of his amazing songs, there was one special song, one particular moment, that turned the show into something else for me. The best moment for me was when he started playing Tenerife Sea and I, obviously knowing the song from the very first beat to the very last note, started to cry because I was so in shock and so in love. I couldn’t help myself, I couldn’t even relax until it was over. I mean, I felt like I was dreaming. After watching the live version over and over and over again on YouTube and dreaming about hearing it live once but never quite believing it, because it’s such a rarity, I really got to hear it, live, in person, sung by the only guy I ever wanted to hear it from. I’m still so in shock. And oh my god, it was so damn beautiful. On the second night I got to relax a bit more and fully let myself fall into it and holy moly, if I could cuddle myself into it like it was a blanket, I’d never leave the place again, no joke. And it was just so damn special, even more so because Ed told everyone to be quiet and they actually went quiet and all you could hear was him and his voice. And honestly, that’s all I needed at that moment, because if someone can fill up a whole stadium, it’s Ed.

Apart from that I loved that Ed was so talkative. I mean, he always likes good chat during his shows, I know that, but this time he was just so funny and cute and a bit cheeky, to be honest. At the very beginning he chatted a bit about his own manners while attending a concert and it was so damn hilarious, I loved it so much. I mean, he joked about himself dancing a bit weirdly and he even made fun about his appearance on Game Of Thrones. And all of that just made him even cuter and just so so so likable. I think it made everyone admire him even more. And god, I was laughing so hard, I was actually doubling over. The whole stadium was filled with laughter.

And yeah, I just enjoyed being there so freaking much. Sharing the space with Ed after waiting for over a year and then actually being there. This is also why I was so glad and thankful that I chose to attend both concerts, because they were both so different. The first night was like the exciting, super emotional party where I was just so damn happy to be there. I was hyped up to the fullest, basically. And on the second night I got to really really enjoy it, because I knew what would happen. You know, the first over-the-top excitement wasn’t that strong anymore and I could relax and really focus on all the little details and let myself fall. I noticed so many things, like Ed’s tattoos and the way he handles his guitar. Suddenly it all became visible, it was there. And Ed was there and I was there and it all just made me so so happy. I’m just really so thankful that I got experience those two special nights. I’m still so in awe and I really can’t wait to see Ed again, although I already know that it will be quite the wait. If I could attend his concerts every day, I probably would. And maybe spice it up with some of Marty shows.

So yeah guys, that happened last week and I still can’t fully believe it. God, I’m so happy. if any of you have been to his concerts too, please don’t hesitate to leave your thoughts down below. I hope you enjoyed it as much as I did. Did I mention that I actually lost my voice after the second show? Like, it was gone, seriously. Which was the very first time that ever happened to me, but I guess it just meant that I completed the mission Ed gave us all, which was to sing as long and loudly as we could until we would loose our voices. So yeah, been there, done that.

The crazy thing is, since Martys show at the end of July I’ve been basically living in my concert universe. Because after that one I got to see Ed twice and since then I’ve been to Sziget festival and today I’m actually attending a Justin Timberlake concert, which I’m ready so excited for. JT is truly one of those artists that I always wanted to see live. I mean, he’s JT, you just have to see him live once to experience it all. It’s a must. And I’m so glad I finally get to see it all live. Of course I’ll tell you guys all about it – Sziget, Budapest, JT and everything else. And until then I hope you enjoyed this post about my two nights with Ed. And yeah, as always, I hope you’re all doing good and wish you an awesome weekend. And, of course, thanks for reading. x 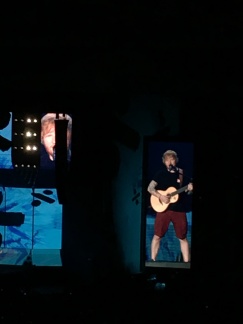 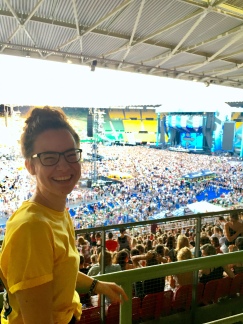 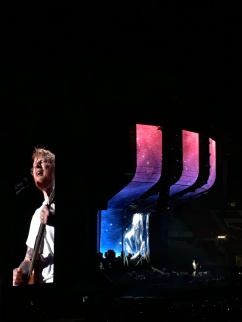 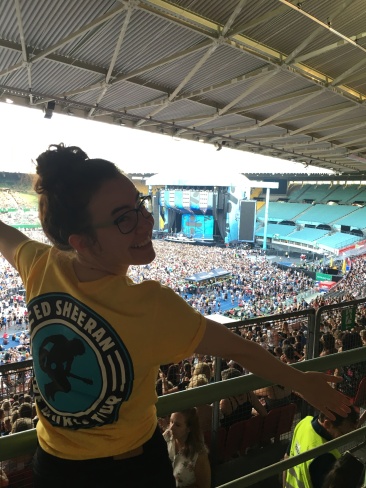 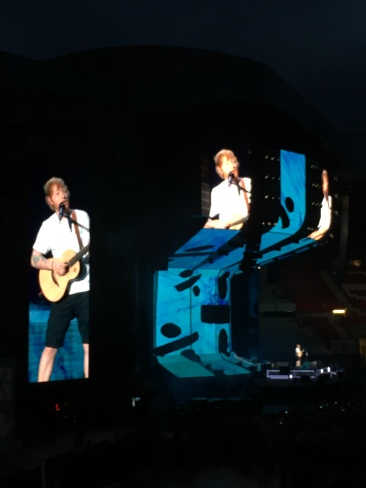