I know. I know. I know. Where have I been? Did I get stuck in a hole? Did I decide to disappear for a few weeks and start a new life? I have to say, it’s nothing like that. It’s uni. Or it was. Because two days ago, I finally had my last exams and now I’m free. I’m finally free. Free. Free. Free.

And I can’t even tell you how much I’ve missed posting stuff on here, talking to you guys. But I just couldn’t afford spending my time on anything else than studying and basically existing. That’s what I’ve been doing the past two weeks. And god, it was exhausting. You have no idea. I finally understand why exam week is called week of hell. Because it really feels like hell. But now it’s over and I’m so freaking happy. And I’ve got so many things to tell you guys. So, let’s get right to it.

First of all, the new Fall Out Boy album is out and it’s so damn good, holy moly. At first, due to Young and Menace, I was a little bit worried I’d loose my favorite punk boys. But thank god, I didn’t. The new album is so amazing, seriously. It’s the perfect mixture of punk songs, electronic beats, slow, soulful pieces and amazing guitars and Patricks angelic voice. It gets very close to being perfect, really really really close. Maybe it even is perfect. So I can just strongly recommend it to you guys, please go and have a listen, seriously. If I had to chose, I’d probably say that “Bishops Knife Trick” is my favorite track of the whole album. But let’s be honest, that basically changes after every single listen of the whole album. The songs are just too good. And, in typical FOB manner, the track titles are pretty much the coolest thing ever. I have no idea how they come up with names like “Stay Frosty Royal Milk Tea”, but I’m glad they do.

And now, the most important news. Yesterday, in order to end the semester in the most amazing way ever and have a nice party, my mum and I went to a concert, a Nothing But Thieves concert. And holy moly guys, I’m still so damn speechless, it was such a blast. And I know what you’re thinking right now – isn’t that the band I just saw a few weeks ago, two months, to be exact? And yes, indeed it is, you’re a 100 % percent right. You may question now why I would buy tickets to a show I basically went to two months before? And here’s the simple answer: because. And since yesterday, I will always go to see a band I love with all of my heart twice if I can. Because yesterday was easily ten times better than the first show. And I didn’t think that that was even possible.

First of all the venue was like a third of the venue in Vienna. The room was packed with people and it was hot as hell. I have no idea why, but somehow Conor, the lead singer, still decided to wear not only one, but two long sleeved sweaters. I was nearly dying there in the crowd, Price, the drummer, was half naked, and then there was Conor, jumping around cuddled into two sweaters. Such a weirdo, I love it. And due to the size of the venue, we were so close to the stage and, especially pleasant for me, close to Conor. We even had some eye contact going on once in a while. And I just loved it so much, watching him and the boys interact and do their thing, being able to notice all the little details about them.

Also, I don’t even know how, in the matter of the past two months, they got so much better, they even excelled themselves. It was crazy. You could see how comfortable they were on stage and how much they enjoyed it. Conors voice just gets better and better with every single show and just their whole set too. They are such an unbelievably amazing band. And I loved seeing how happy they were. For me, a show gets a hundred times better when you see that the band enjoys it as much as the crowd. If they are happy, I am happy too.

Another highlight was of course the updated setlist which included one of their most amazing songs – Number 13. And god, was it worth it. It’s such a blast live, holy moly. And  a new cover of a song called “Be My Husband” replaced the one of “Free Falling”, which was extra special for me, as it was one of the songs Ed covered during the first show I ever saw him. And let’s be honest, Conors voice is just breathtaking. Thankfully I got to film the whole part of the show, even him chatting with the crowd for a while, laughing and joking around. He’s such a damn cutie. Seriously. Having his laugh on tape is literally the best thing.

But, I have to say, my most favorite part of the show has to be when they played “Ban All the Music” and somehow literally everyone went totally apeshit. No joke. I mean, the crowd was amazing throughout the whole show. Jumping around, dancing, crowdsurfing, doing moshpits over and over. Conor even said that it was the best moshpit he had ever seen. But when they played BATM, it got a totally different level of crazy. First of all, the crowd went completely berserk. Then Stu, their tour manager/handy-man, started crowdsurfing out of nowhere. God, I laughed so much. And the boys just followed, jumping around on stage, laughing and joking. At some point Dom, one of the guitarists, even went up to the mic and just screamed a note, while Conor stood next to him, looking at him like “what the hell are you doing???” and laughing his butt off. God, that was such an experience. It wasn’t just a concert, it was so much more.

So yeah guys, there you go. That was last night. I also have to mention that it ended in the coolest way possible, because when we walked out of the venue, we walked past the tour bus and I was like “oh my god, how cool. I’ve never been this close to one of these buses.” And there was this little gap in-between the curtains and I just randomly looked at it and there he was, sitting there, eating I don’t know what – Conor. I can’t really explain why, but somehow that was such a special moment for me. Because it’s something completely different when you see someone on stage, doing what they love and what they are best at, and then off-stage, all calm and relaxed, without the whole star appeal. It just was really special.

For me it was the most perfect way to end my semester and to start my break. And it was the perfect way of rewarding myself for all the exams and hard work. I think it’s important to give back to yourself once in a while. And I’m so happy that my mum enjoyed it as much as I did.

Apart from that, I am just really glad that I get to be at home now for the whole month. And it’s already my last semester of uni. How crazy is that? Time has really flown by. Oh and oh my god guys, tomorrow I’m having my interview with BIMM, you know, the university in Britain I applied for. On the one hand I’m really really really nervous, but on the other hand I’m also so excited. I’ll of course keep you updated. And expect to hear a lot more from me again, I am officially back. Anyway, I hope you enjoyed this post and that you’re all doing good. As always, please don’t hesitate to leave your comments down below. And of course, thanks for reading. x 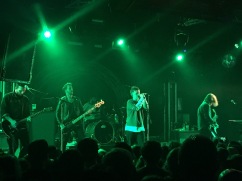 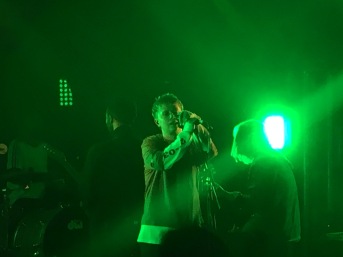 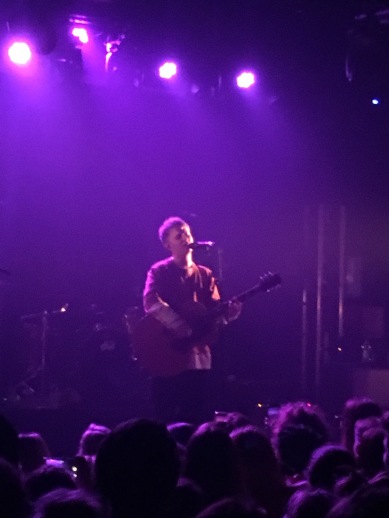