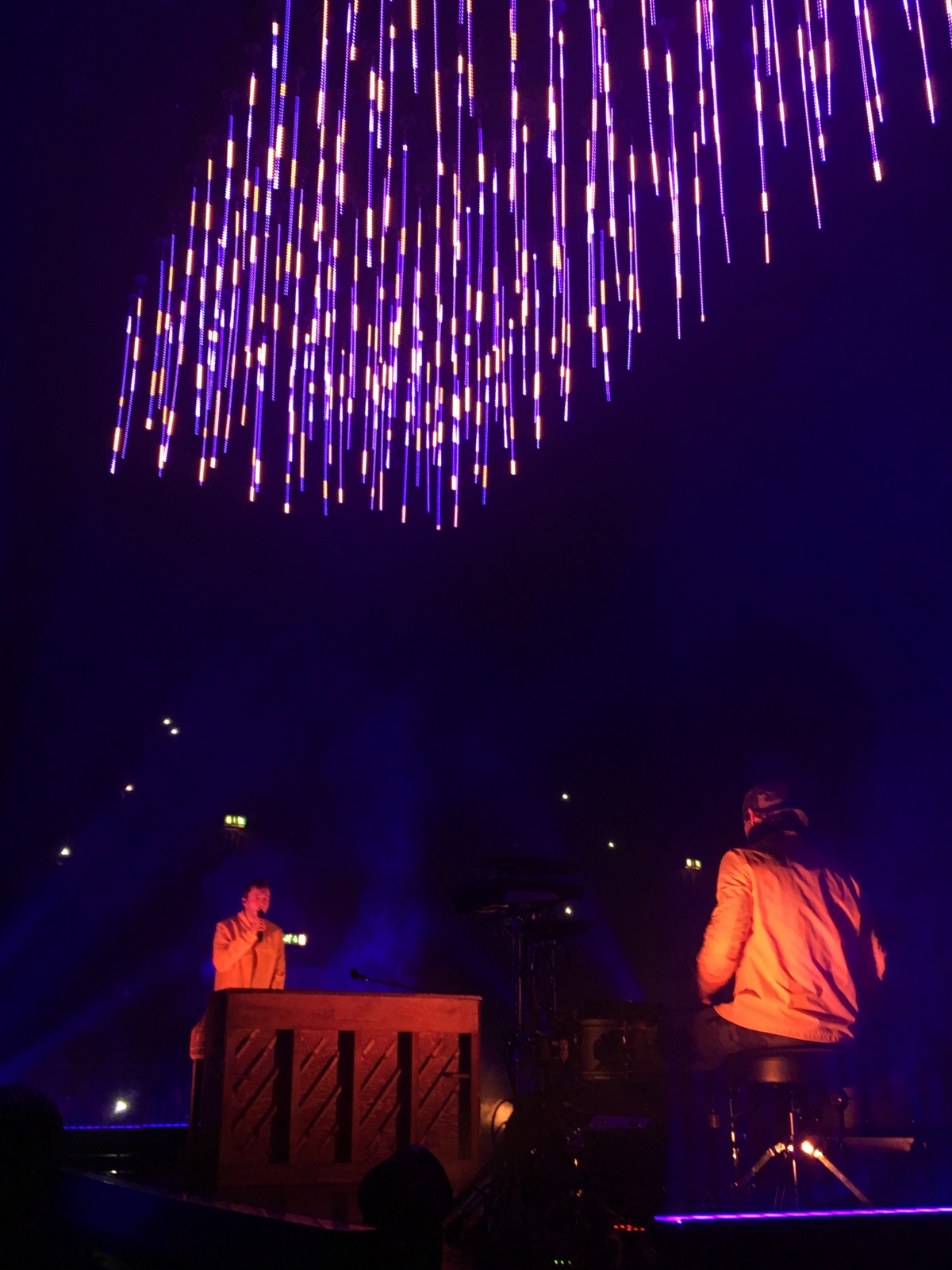 And welcome back to my blog and the second part of this post. Or shall we call it a series? I’ll let you decide. Anyway, I hope you’re all doing good and that you had an amazing weekend. And not to be dramatic or anything, but I honestly can’t wait to tell you all about the second night I got to spend with Ty and Josh, aka Twenty One Pilots, aka one of the best bands ever (here’s all about the first night, if you’d like to check that out first – click me). So, without further ado, let’s get right into it.

Okay, so first of all, I probably need to tell you that going to this show was both one of the most spontaneous and also best decisions I’ve ever made in my entire life. I mean, I honestly wasn’t planning on going to the next night until the first one ended. I was literally so awestruck that I just had to see them again. I had to. There just wasn’t any way around it. So, when I got home from the first show, I immediately started looking for a ticket for the next show. I also deliberately looked for standing tickets, as for the first show I had bought seating ones, but as I now knew how the whole show would work, I knew I had to get standing tickets and try to get as close to the b-stage as possible. I knew which way Josh would be running during the crowd and I knew that they would be playing both Bandito and Neon Gravestones on the b-stage – two of my favourite songs – so yeah, it was pretty clear to me what I had to do. I had a plan.

And again, this is the moment I need to thank Graham, the guy who sold me the ticket. It was honestly the easiest and most chilled process ever and I’m so glad it all went down the way it did. I couldn’t have wished for a better overall experience.

So, on the next day (Saturday), I got up, had some lunch, then took the train to London and headed straight to the venue. I got there a bit earlier to make sure I would get a spot at the b-stage. And that’s where my plan came in, because I got in, immediately looked for the one spot I wanted to go for and as luck would have it, there it was, still free and waiting for me. Suddenly I was standing right in front of the b-stage, knowing perfectly well that just in a few hours, Ty and Josh would be playing right in front me, about two metres away. So, you could say I got a bit hyper.

But I still had to wait for a bit, which is exactly when that one thing happened, that reminded me why I freaking love being in different fandoms and being part of the clique and basically being surrounded by people who are a bit like me. Because you just get to know so many different people. Right next to me, there was this group of “older” – meaning full grown-up – couples, who turned out to be American and full-time clique-mums. It was my first time hearing the term, but apparently, that’s the name of clikkies, who are already mums. Super cute, I know. So, we started chatting for a bit and then we met this other girl, who, as it turned out, was part Austrian, part German, and living in London to study here. I mean, how crazy is that? Over 12.000 people in one room and I happen to meet another Austrian. I was shook. And the cutest part is that we also left the show together afterwards and we’re actually still in contact. God, I just love concerts so much. Literally anything can happen.

So we all chatted for a while and then it was finally time for the boys to start their show. And I can just tell you, it was an entirely different experience, standing there in the middle of the crowd. I mean, I couldn’t see as much as I had the night before, which was pretty obvious to me. Getting front row for TOP is like the biggest mission ever. Maybe, one day, I’ll do the whole thing – get there early, get my number, queue the whole day, get front row and then hold Ty’s hand during Holding On To You. But this show wasn’t that day and I was totally fine with it. Just the experience of being surrounded by clikkies like me, all dancing and singing and laughing and crying, was just so beautiful. I felt at home.

I actually cannot say which show I enjoyed more, just because the overall feeling and experience were so different. At least when it comes to the boys, for me, there are two ways: Either you buy standing tickets and try to get there super early or are simply fine with maybe not seeing everything all the time, but get the full-on crowd atmosphere. Or you buy seating tickets with the guarantee that you’ll see everything but also with less crazy crowd dynamics (also depends on how close the seats are to the stage).

Besides that, the biggest difference was definitely what happened as soon as it was time for them to make use of the b-stage. As I mentioned in my first post, TOPs show now features a huge bridge that floats down from above and hovers over the crowd for the boys to walk over to the other stage. And as soon as that came down, I knew it was time to freak out a bit. The first one to come over to us was Ty and shortly after that Josh came running past me and up to the stage. And, guys, I can’t begin to describe the feeling of absolute awe I got. They were so close. I mean, I know I had just seen them even closer the day before after the signing, but that was different. That was a more “normal” situation. But now they were in full concert mode, which meant a 100 percent more awesomeness. Which is actually quite fascinating. I’ve already done interviews with a few artists and bands and during the chats, they are always just normal people, like you and me. But as soon as they step on stage, they become these incredible, mind-blowingly talented human beings, who aren’t normal at all. And that is exactly what happened with the boys that night.

And it just changes so much when you can actually watch your favourite artists play.  But not from afar or over a big screen. No. Like, actually watch them, up close. Watch how Tyler’s face changes when he sings and how his emotions translate to his every movement. Watch how Josh’s muscles flex depending on how hard he drums. And just live the moment, together with them. That’s something I will definitely never forget. And that they played Bandito in front of me is just the cherry on top, pretty much.

But out of the whole night, my favourite moment happened during the part when Josh ran through the crowd to get to b-stage. The lights were on him and everyone’s focus switched to him, obviously. Everyone’s but mine. Because while everyone was looking at Josh, I turned around and looked at Tyler, who was already sitting at his piano in front of me. And I don’t know exactly why, but it was just such a magical moment for me. Because I caught him in one of those seconds, where nobody usually focuses on him. I studied his face and suddenly everything around me vanished and I kind of got sucked out of the vortex I had been in. All I could see was Tyler, the talented guy from Ohio who hates bananas and balloons, and not Tyler, the uber-phenomenal artist. And then I felt tears running down my cheeks and with one blink of an eye, reality came back. For me, that was definitely one of the most incredible moments of my life and I’ll never ever forget that. It just felt so real.

And yeah, after that it was all just a mind-blowing night and super-fun party. I danced and screamed and laughed and cried and felt so good and so alive that I never ever wanted it to end. As always, I was bawling my eyes out as soon as Trees started, which then turned into both smiling and crying when at the end, yellow confetti came falling down all around me. Which is another reason why I love standing in the pit – if there’s confetti, you’ll be covered in it. And I’m one of those people, who always look up to the ceiling and watch the confetti fall down. Just another super beautiful moment that can’t really be put into words.

And that was it. I honestly can’t even describe how much I enjoyed those two nights and how absolutely breathtaking the shows were. Tyler and Josh really are two of the most brilliant artists out there right now and I feel so proud and so grateful that I get to be one of their fans and that I get to experience all of these amazing moments with them. I don’t know what I would do without them and their music. And I know it might sound super crazy, but I’m just so thankful that I get to be alive at the same time as them. I know so many people who are into bands from the 70s or 80s or 90s, who will never get to see their faves live simply because of time. But here I am, already counting down the days until Sziget and until I get to see my beans live again. My heart is literally filled with so much gratitude.

Which also brings me to the end of this post. Again, I’m sorry this got a bit lengthy as well, but I just love sharing these special moments with you guys. I dearly hope you enjoyed reading all about them and thanks so much for making it until here. You’re amazing. As always, please don’t hesitate to leave your thoughts and comments down below. Oh, and before I forget it, just a little info that I won’t be posting anything for the next three weeks as I’ll be spending some time with my family at home. Thanks for understanding. And, of course, thanks for reading.  See you in three weeks. x 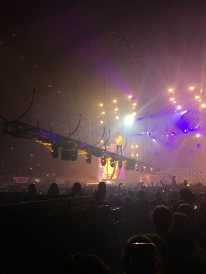 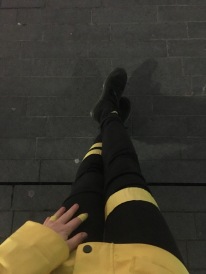 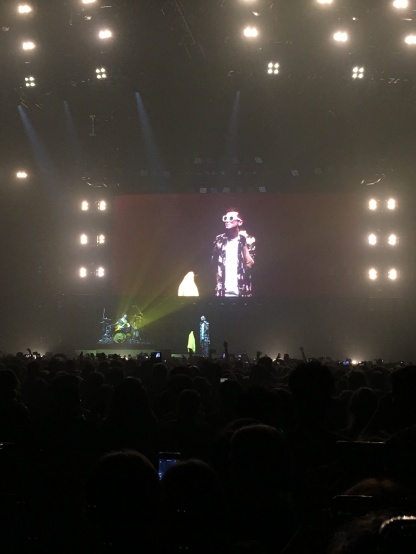 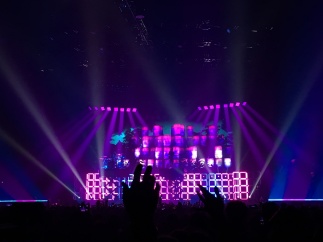 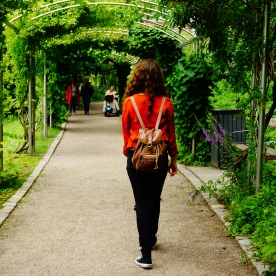 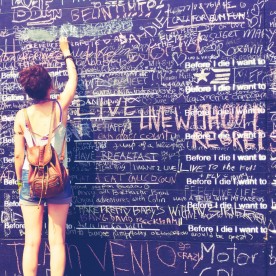