How are you all doing? I hope you’ve all had a great weekend and that the past few weeks have also been good for you. I’m honestly so so so sorry for disappearing for so long, it feels like I haven’t been on here for ages… Well, it probably has been ages, which is insane enough But let me explain.

I think I have a good reason for my absence – as some of you have probably seen from the title of this post: I’m back in London (wohooo). It’s now been a bit more than two weeks since I moved back to the city and so far it has just been the best time ever. I’m lucky enough to live in a flat with three other friends, which also makes it the first time of living in a flat on my own in a real flat share without having to share it with the landlords. Although I’ve loved living with the landlords in the past, finally having a flat to ourselves feels like ease after having had to tiptoe around different houses and having to take care of someone else’s stuff all the time. Now it really feels like the flat is ours, which is just the most amazing feeling ever.

So far, we haven’t been able to do and see too much of London, as both my friend Lauren and I had to stay in quarantine for two weeks, as it is a rule the UK government has put on nearly every country on the planet. So anyone who enters the UK from a country that’s not on the “good to go”-list has to quarantine for two weeks. I know, it sounds a tad awful now, but I think we made the best of our time. I got to transform, redesign and decorate my room in a matter of days, which would usually take me weeks after weeks, and the flat itself is also nearly done. I remember walking into the flat for the very first time and seeing this empty canvas of a flat just waiting to be turned into a fantastic piece of art. And now that we’ve had about two weeks of doing just that, it’s really starting to come together and we all can’t wait to finally go shopping together so we can perfect it. Needless to say, we truly love it already. And the most amazing part is, we even have a roof terrace (which basically is just a roof) that is perfect for lunches in the sun (yes, we’ve already tried that). It honestly feels like being on holiday, sitting up there and looking at all the apartments and skyscrapers around us, with the whole beauty of London right at our feet. And we’re also just about five minutes away from the Thames, which makes it all even better. God, how much I love this city.

Apart from that, being the editor of our uni magazine LDN has occupied most of my time since coming to London. I think it has now turned into the first thing that pops up in my head when I wake up. And also, funnily enough, the last thing I think about before going to sleep. That’s how busy this “job” has kept me. And I know this must sound very exhausting, but it is actually a really positive thing, as I can spend my time doing what I love most – thinking and writing about music. I don’t know if I’m supposed to tell you, but I may or may not be interviewing Wallows and Boy Pablo this week and I may or may not be losing my mind because of it. Because, obviously, it’s no big deal to interview two of your favourite bands. No biggie. Not at all.

Anyway, the past two weeks have probably been two of the busiest weeks of my entire life and I’m not even mad about it. I live for arranging interviews, for listening to songs and albums that I get sent from PRs, for designing the magazine, for all that stuff. All those things make this university degree more than worth it. So I am super grateful for all the stuff that’s happening right now. 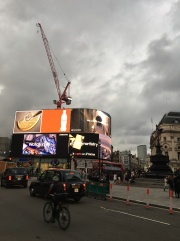 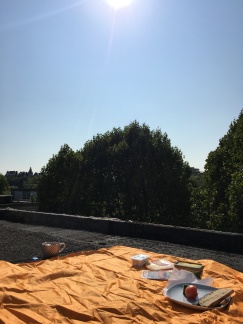 I think the only thing that’s making me a bit sad is missing my home, my family and especially Peaches and Molly. It’s the first time after over a year that I’m not living with a pet in the house and it’s honestly making me feel very strange, as if a piece of my soul is missing. But thankfully, one of the girls I love with owns a cat and the plan is to get him here asap, which I hope will happen very soon. I need to give a cat some love, I’ve got too much of that stuck inside of me. But I just signed up to be a cat-sitter, which is just so so so exciting. I hope it works out.

And yeah, that’s pretty much it. I couldn’t be more excited to finally be back in London and to go to the cinema again and (socially-distanced) gigs. It feels like I’ve finally got parts of my normality back, which is nice. It’s amazing to finally be back in London, I’ve missed it. And with that, I’m gonna end this post and wish you all a lovely week and hope that you’ve all enjoyed today’s post. I know it was more of an update than anything else, but you know me, I love telling you about my adventures in London and moving back to my favourite city definitely is one. So get ready for more stories in the future. And until then, thanks for being here and, as always, thanks for reading. x

One thought on “London, I’m back”