Another day, another festival – am I right? As I told you on Friday, Saturday was a special day for me as my mum and me got to attend a festival – Rock In Vienna – and go to see Kings Of Leon live again. And holy moly, it was amazing.

First of all I have to say that I’m actually used to big, powerful crowds and festivals with over 90.000 attendees. But Saturday was a little different. Honestly, I think it was actually the smallest festival I’ve ever been to. But that didn’t change the awesomeness of the show.

The first band we got to hear was a german band called Grossstadtgeflüster, who I think did a perfect job of heating up the crowd. And after them another german band called Silbermond took over the stage. This band is quite popular in my country so I knew them beforehand and it was actually pretty cool to see them. Especially as I never thought that I’d ever see them live.

And then it was already time for the main act to come up – Kings Of Leon. I don’t know about you guys but I think KOL are a breathtakingly good band. When I saw them live first at Sziget two years ago I actually didn’t know many of their songs and I was blown away by how good they were. So I started to listen to their songs more and more and basically developed a fully grown love for their music. And when I saw that they would have a concert here in my country, I just had to go.

As you can imagine I was immensely excited to hear their songs live, especially their new album. And actually I have to say that their show last weekend was even better than the one in Sziget. We were lucky enough to be quite close to the stage so I could all actually see them and it was so wonderful to see how they enjoyed the show too and that they were happy to be here. For me that makes a concert thousand times better. And as you can probably guess their show was amazing, seriously. Caleb is an incredible singer, I totally love his voice, it’s so different and special. And the whole band was just perfect. I loved every single second of it.

The most beautiful moment for me was when they played their new song Walls. It’s a quite slow and calm song, so at the beginning Caleb was the only one singing and playing guitar and the whole crowd went silent. And that was just so magical. I held my mum and just listened and that moment was pure perfection.

But what I probably enjoyed most was how KOL acted on stage and when their show ended. You know, when as show ends I’m usually one of those people who stays until the very end, I just never want it to end. And it seemed like they were thinking the same thing. They thanked us over and over again, threw their stuff into the crowd and waved and waved and waved. And I was so shocked because at Sziget they were off stage in a blink and now there they were, smiling and waving and walking around on stage. And I adored that so much and still do. That really showed how much they liked it. They played Waste A Moment and then stayed on stage for a little after – the perfect ending for me.

God, I’m still so happy that I got to see them again and that Saturday really happened. I don’t know what I’d do without concerts and festivals. Probably curl up in a ball and cry. But thank god live music is such a perfect thing and I have the chance to tell you all about it and share the happiness.

So yeah, that was what happened on Saturday. What a beautiful day. I really hope you enjoyed this post and my little story. Oh and please don’t hesitate to leave your comments down below. And until then I hope you all had an amazing weekend and wish you a good week. And, as always, thanks for reading. x 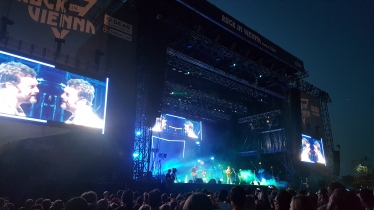 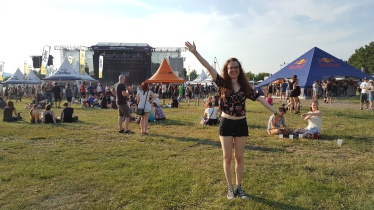 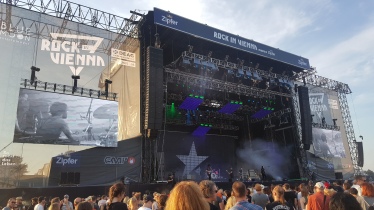 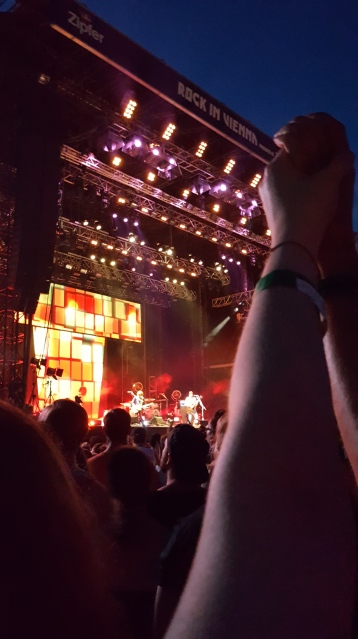 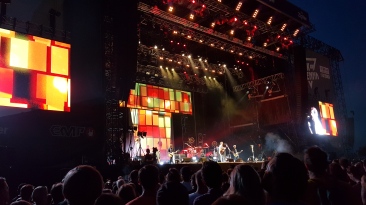 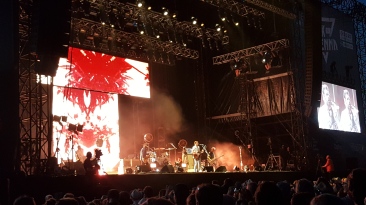 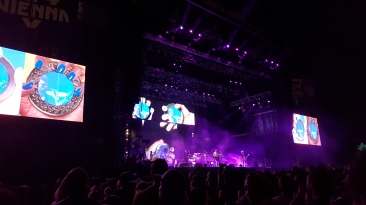